In Brawl Mode you are unable to choose your heroes freely. Instead you will be given a choice between two random heroes in your inventory. This mode contains only one lane with two turrets defending the base in both teams respectively. Brawl matches usually end in a much shorter time compared to Classic Mode and Ranked. This type of match is best for raising lost credit scores due to reports and AFK behavior. To find out more about game modes, visit the Battle Field Guide

The main thing that distinguishes Brawl with Classic is its simplicity. Players are only given ONE lane instead of three.

This mode is suitable for players who are looking for excitement or to try out new heroes.

At the beginning of the match everyone will start with 800 Gold and heroes at Level 3 instead of Level 1. All players will spawn in a circle, which is the only zone where you can buy items. Once leaving the circle you are unable to buy any items regardless of the amount of gold you have unless you are defeated and respawn within the circle.

In Brawl Mode you can not recall or going back to base as there are barrier that prevent you from going to it and also you can not purchase any item when you are in the outside of the base. However, when you died and respawn in your base, your health and mana will be full again and also you can purchase items while in your base. Healing Spells such as Revitalize and Vengeance or Support heroes with healing capabilities can be used as temporary regeneration. However, heroes who rarely die in battle will drop a healing glyph. 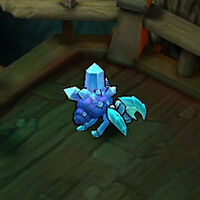 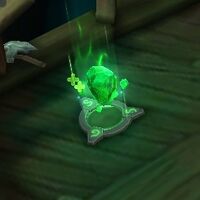 Jungles are also provided in the middle of the lane. In Brawl Mode, there is only type of jungle monster and that is Frozen Crabs. Killing Frozen Crabs regenerates small amounts of health and mana and also gives you amounts og gold. There are also Healing Fruits, which if you step on it will regenerates you and your surrounding team a large amounts of health after a brief of delay.

There are many heroes to choose from with different styles of play. Knowing the heroes' skills, strengths, and weaknesses along with optimal positioning is vital. It's very important to play as a team, where almost every fight is a team battle.

Choose a healing spell rather than an attacking spell, unless it has heal skills. Remember, once you depart the base you cannot re-enter to heal your HP, so healing spells can save lives.

Be careful in buying goods. In Brawl, the important thing is to get rid of the enemy as quickly as possible. Prioritize items that add physical attack damage, especially when playing as a hero with ranged abilities.

There is a small shrub that can be used to hide. Take advantage of it to ambush enemies, especially enemies playing solo. The shrub can also be used to hide and avoid danger.

At the beginning, players will be given a choice between 2 heroes. If these two heroes are less suitable to play, do not hesitate to randomize one of the heroes. Choosing the right hero is very important.

Since it is only one lane, it's easier to guess your opponents' movements and place your hero in the best position to either defend or attack.

Probably the most cliche tips ever, but it really works. In Brawl, the fight is harder to win because all heroes defend the same lane. Never venture out solo unless you are certain you have the advantage.