Scripture of the Moon Elf

The Elf King, who ruled the Moon Elves, fell into a deep sleep after contracting a serious injury of the Second Plane War. When the moon elves were once again in imminent danger because of the awakening of the abyss, he woke up early on a night of lightning and Thunder.

At the habitat of the moon elves, somewhere west of the Moonlake, lies the legendary Emerald Woodland, which was the birthplace of the first generation of elves. Every elven king was born in the Tree of Life at the center of the Emerald Woodland.

The elven king of the current generation is the unique Estes, who was badly hurt during the second plain war and had to go into deep sleep in the Emerald Woodland. Moon elves lost the guidance from their king ever since that day. When the flames of wars between humans and orcs burned on this peaceful woodland, the young Moonlight Archer, MIya, stood up and gathered the rest of the elves to protect their homeland.

However, the dominator of dark Abyss is thirsty for more believers and the dark force has been growing stronger in secret. Seduced by the Blood Queen, Alice, some young elves have fallen. The race of moon elves was once again at stake which outraged the great elven king! During a night of great thunder and lightning, Estes woke up. He's strict but benevolent, and empowered with the strength by the sacred moonlight to protect his people and to support his allies. With the Code of Moonlight in his hands, he swore to repel every enemy who dares to violate his homeland. 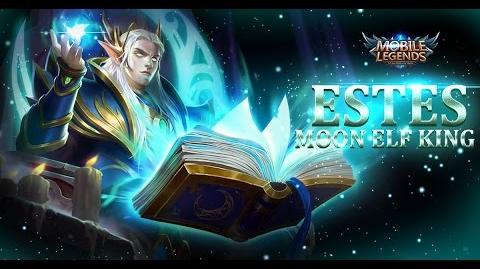