Gears are purchasable in-game items that a hero can purchase. They provide bonus attributes with unique passive and abilities. Gear can be purchased anywhere from the map whilst the player is in an active match. Like most MOBA games, gears have tiers and higher tier gears are available from purchasing lower tier gears. Each heroes are limited to 6 gear inventory, with the exceptions of consumables. Players can customize their gear selection to assist in purchasing in-game. It is accessible from Build menu within Preparation menu.

Attack Gear are items that increases the physical attack of a hero. They are best bought with heroes that is under the category of Fighter, Assassin, Marksman, or heroes that have attack damage scaling, which shows an orange bracket on beside of the base damage of the ability.

Magic Gear gives Magic Power, that increases the damage of skills that scale with Magic Power. It's usually bought with characters under the category of Mage and Support that relies on magical damaging abilities. Their specialization of effects includes providing additional effects to spells, increasing the skill's capabilities.

Defense Gear is usually bought by Tanks, Fighters, or Supports that increases defensive stats like HP, Physical Defense, Magical Defense and more. They specialize in providing some counters to carries, for example, a combination of

Gusion (from Assassin - Magic Damage) and 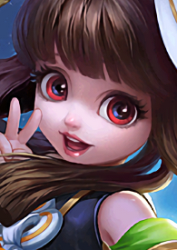 Movement Gear is mainly used by all roles as they can provide different stats at a cheap price. They can provide attack, magical and defensive stats.

Jungling Gear is mainly for Jungling. It provides you additional 25% EXP and 25% Gold for killing jungle monsters and deal extra damage to monsters. Recommended if you want to gain level faster than anyone and fight the monsters instead of staying in lane.
Please note that: 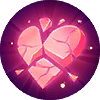 These items got removed due to their low usage from players. Some items have been reworked and have optimized icons but it doesn't count as removed.

We have adjusted three defense equipment items in order to synchronize their attributes with their passive effects.