Magic Chess is a new game mode that can be found in the Arcade. Magic Chess was temporarily added on January 2020 but eventually, it was permanently released on the Patch Note 1.4.60 | 2020-3-17.

Magic Chess is an 8-player complex strategy based game mode, where players will compete against each other and random creeps in the Magic Chessboard. The goal of this game is to buy and upgrade your heroes and the little commander, customizing your lineup to trigger and counter more and stronger synergies. The victory belongs to the one stands till the last!

Magic Chess is a turn-based strategy mode. In a single match, 8 players will confront each other, and whoever's still standing at the end wins! In each round, the Little Commander can recruit Heroes with Gold, and deploy them during the Preparation Phase, after which, the Heroes will attack enemies automatically during Battle Phase.

If you own 3 same 1-star or 2-star Heroes at the same time, these Heroes will be combined into a higher-star hero and gain doubled attributes. The Heroes you already have will be highlighted in the Shop. Upgrading the star-level is the most important way to build a stronger troop!

Each Hero has 2 attributes: Faction & Role. The synergy effect will be triggered if there are enough Heroes with the same attributes deployed. Don't forget to tap Heroes and check out what Faction and Role they belong to!

You can sell the Heroes that you currently don't need by dragging them to the Shop (You can also sell them by tapping the Sell button on the page of Hero Details.) In this way, you can free up space for buying other heroes and restore some Gold. You can sell the 1-Gold Hero at the original price. So if you don't have Hero to use, buying some 1-Gold Hero should be a good choice!

A Commander, also known as, Little Commander is a being that is summoned outside the Magic Chessboard together with the heroes to compete on Magic Chessboard. They are the computer-controlled characters in

. Each of them has three unique abilities in which one ability can be equipped for battle. These abilities can be unlocked through gaining experience or unlocking skins as you play. There are currently 20 commanders in the original server as of 5 May, 2022, with the latest commander being

The other commanders are:

You also have the option of buying new commanders with

Diamonds. The minimal package for Battle Points starts at

24,000 while Diamond packages start at

Skins can only be bought with Diamonds at

269, from Achievements, and from Time-limited Events.

. As the battle progresses, they are equipped with different equipment and synergies. They have different star levels, a skill, and skins that can be equipped for battle.

Blessings can give special attributes to a specific hero and reduces the number of heroes needed to trigger Role and Faction synergies. Heroes have a chance of gaining Blessings after upgrading. Each Hero can only gain 1 Blessing.

Synergy is the most crucial part of the entire Magic Chess mode as it can lead you to victory if done strategically. Synergy is subdivided into two, the Role and the Faction. There are a total of 9 Roles complemented by 10 Factions. Most units have one designated Role and Faction, with some exceptions having a total of three synergies altogether.

Evolution can give unique effects to a specific Role or Faction synergy. Every synergy that requires 4 or 6 unique heroes, once completed, can trigger Evolution, which allows you to choose one of the two evolution paths to customize the synergy as you desire.

Northern Vale do not have Evolution.

Weapon Master unlocks Evolution at 6 heroes despite requiring 9 heroes for a complete synergy.

In every stage, the player will encounter a Creep Round where items can be looted by killing the monsters. Three pieces of equipment will be dropped at the same time. The player can pick one from them and the other two will disappear.

The Amount of Hero

The number of each Hero in Public Hero Pool:

Every competitive season runs for three months. At the start of a new season, rewards will be distributed to mailboxes depending on the highest rank of a player achieved in the last season. Additionally, players' starting rank for the new season will be determined by their last season's high rank (at the end of the season). The higher a player's rank is in the previous season, the higher their starting rank will be in the new season.

Players can participate in the Magic Chess once Mode resources are downloaded. The system will match players with other players of similar rank level.

There are seven primary ranks: Warrior, Elite, Master, Grandmaster, Epic, Legend, and Mythic, and Mythic is the highest rank for Magic Chess same to Ranked Game. Depending on the placement a player ends up getting, a certain amount of cup points will be awarded or deducted accordingly. A player wins when they end up in the top 4 and loses when they end up in the bottom.

A player's rank goes up by 1 when the max cup points are reached for the rank. A player drops to a lower rank when the last cup point for the rank is lost.

On top of the cup points that a player gets from winning. Star Raising Points can help accelerate the ranking up process. in case a player loses the match by getting a bottom 4 finish, certain Star Protection Points may be deduction first before losing cup points. 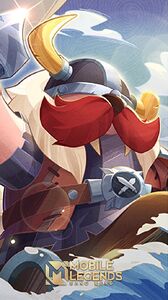 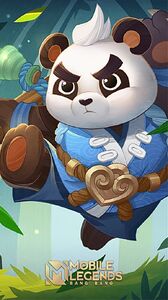 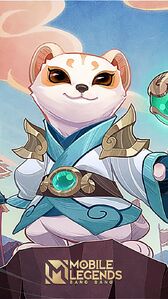 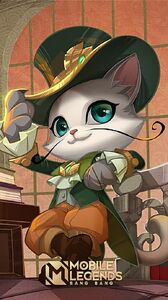 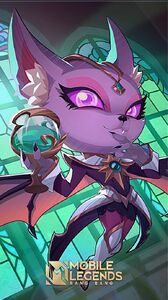 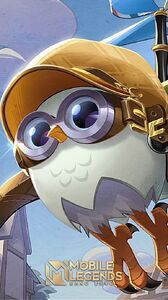 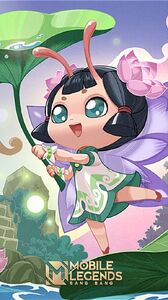 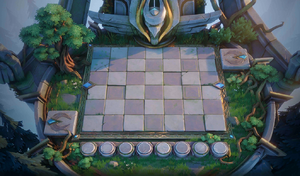 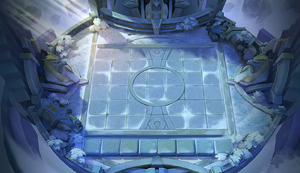 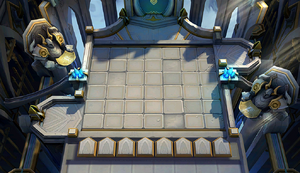 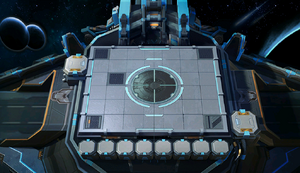 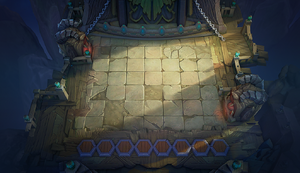 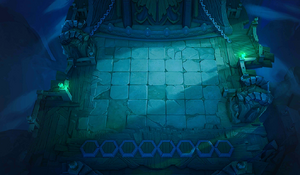 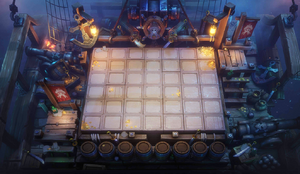 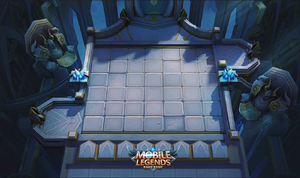 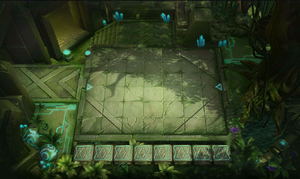 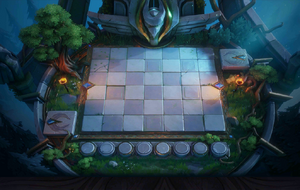 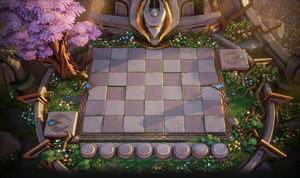 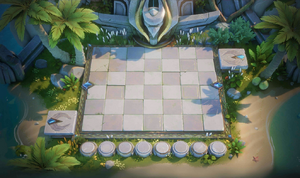 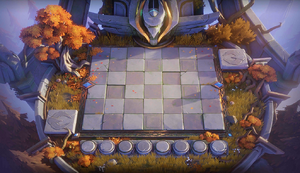 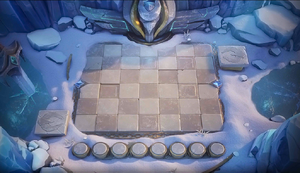 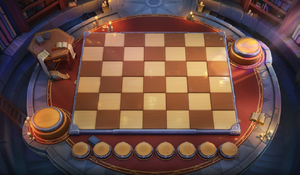 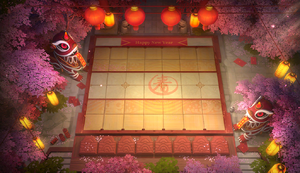 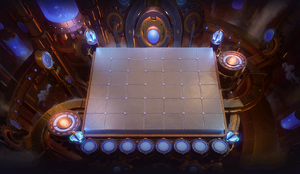 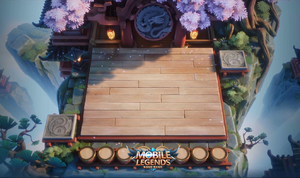 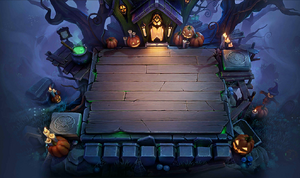 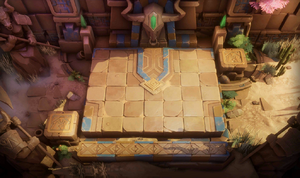 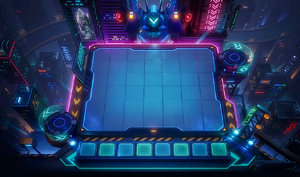 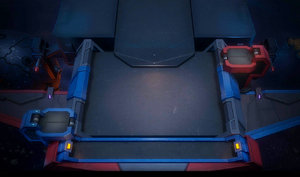 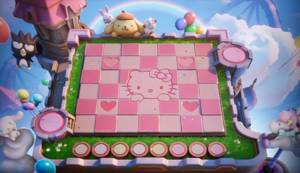 In mid-summer of the year 2019, Moonton releases a new game called Magic Chess: Bang Bang or MCBB and it has its own separate application. There are former commanders that can be seen in Patch 1.4.70 Loading Screen.

However, MCBB has closed on January 24, 2020. In return, it became the new mode of MLBB with distinct features but the same concept.


Deeply sorry for the inconvenience, and we sincerely hope that Mobile Legends: Bang Bang could receive your support. Your understanding and support will be greatly appreciated!"

MCBB Former Commander can be seen in Patch Note 1.4.70 Loading Screen until the 515 eParty arrives.