The S.A.B.E.R. are a cyber-themed squad based in Zlatan, an alternate universe's futuristic and sci-fi city. Their mission is to defend and bring justice against V.E.N.O.M., who allegedly stole the Ever Cube. The members of this squad are available as skins for

Freya had that dream again.

She was running alone in the deep woods at midnight, her vision hindered by the thick foliage all around her. While unsure just where she was headed and with her heart beating faster and faster, she still didn't stop.

"Freya..." She heard someone calling her, a familiar voice. As she turned to look, she saw her parents standing dappled in the moonlight, waving to her.

"Dad! Mom!" Freya yelled with excitement. She rushed towards them but found herself stepping into a hole, tumbling into an unfathomable abyss like a falling leaf.

No! Freya sat upright with a start, awakening from the nightmare. She caught her breath, then picked up the old photo frame by her bed. It showed her, at 12 years old, nestled against her parents. The corner read: "To Freya, my little angel. From Daddy, who will always love you". The girl in the photo was smiling with such joy that she could hardly believe it was her.

Freya's father was the chief editor at Zlatan's "Dawn Daily". Eight years ago, she and her parents were out for dinner to celebrate her fifteenth birthday. The family was chatting and laughing as they drove, nobody having any idea of the disaster that was yet to come. A heavy goods truck barreled toward them out of nowhere, slamming into their car...

When Freya woke up, she found herself lying in an ambulance. It turned out that her dad had wrenched the wheel to swerve away from the truck out of pure reflex, and Freya had hit the airbag. She was knocked out cold but didn't suffer any fatal injuries, yet her parents had sat in the front seats. Now, they had left her forever.

She learned from the police that the offending driver had fled from the scene, but by the time they'd found the car involved it had already burned to ashes, leaving them with no clues.

The lively, happy girl she once was had changed. Her parents gone and the murderer nowhere to be found, Freya was always quiet and gloomy. Her eyes, once sparkling and bright, grew ever colder. She even did all she could to forget her own birthday, a day that now would only bring her down.
The police investigated the accident but found no clues. The case was suspended. How could Freya give up like this? She made up her mind to find out the culprit.

She trained to join the police force in an effort to unearth the truth behind the accident. She was admitted to Zlatan Police Academy and became an outstanding officer, yet hardly spoke to a soul throughout the years; some thought her arrogant, while others assumed she was just shy. Only a few teachers who knew of her past understood how it was the crash that'd led to her being so guarded.

She graduated from the Academy with honors four years later, and was then assigned to the Zlatan Police Bureau's Criminal Investigation division. From then on, she set about investigating the accident that had taken her parents.

Freya found out that the case files had been classified as confidential, beyond the reaches of her authorization. She tried to apply for access, yet was told by her seniors that this case was no longer in the Police Bureau's hands.

Freya visited the newspaper where her father had worked, and learned he'd been investigating the city's black markets. He'd planned to pen a feature story that would expose them and cut the city's crime rate. Although he'd been threatened many times, he never even considered giving up; it was only after his death that the newspaper stopped the investigation.

It hit Freya that their accident must have been connected with that black market investigation somehow. From the newspaper corporation she acquired the files and data her father had amassed, and applied to the Bureau to take on the investigation. Mr. Wu, the leader of S.A.B.E.R., caught word of her application and was left impressed by the girl's persistence.

Not long after, Freya was summoned to the S.A.B.E.R. Headquarters. There she met Mr. Wu, the leader of Zlatan Technology.

"I heard about the accident you were involved in, Freya."

"That's what has led you to hate evil more than anyone else."

"You're precisely the kind of person our world needs. We appreciate your sense of justice."
Freya joined S.A.B.E.R. on Mr. Wu's invitation. According to their information, the car accident that had killed her parents was orchestrated by the V.E.N.O.M. Squad. They were considered the culprit for nigh on all crimes in Zlatan, controlling the black market.
Freya vowed to bring the V.E.N.O.M. Squad to justice. Under the name of "S.A.B.E.R. Manhunter", she searched for the V.E.N.O.M. Squad with S.A.B.E.R., hoping to find out the truth behind the 'accident'.

Having woken at midnight, Freya calmed herself down from the nightmare. This was the only time she could truly drop that cold disguise she wore by day: she picked up the old photo, and smiled through her tears. 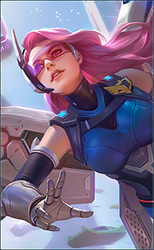 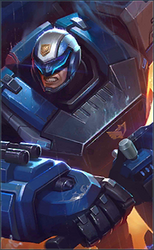 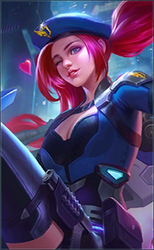 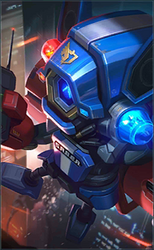 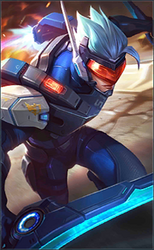 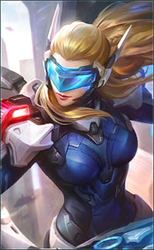 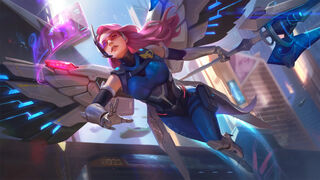 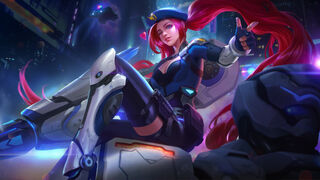 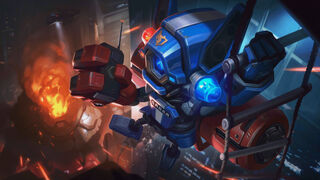 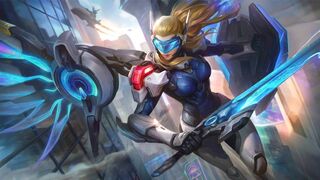 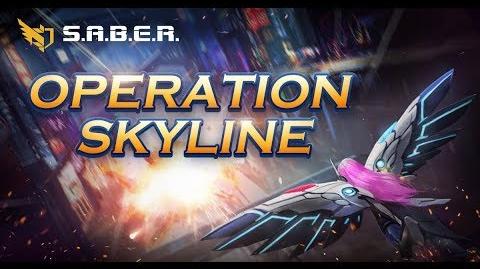 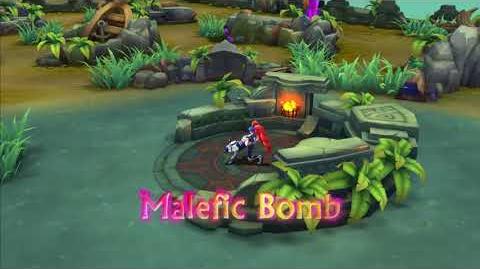 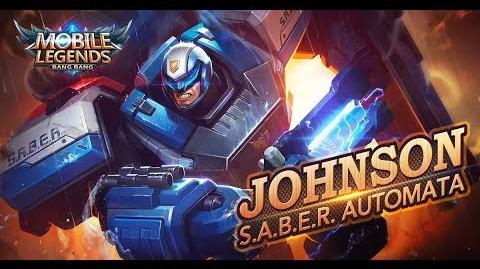 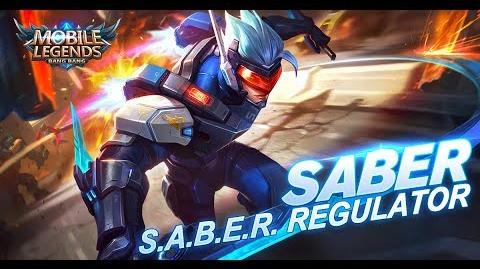 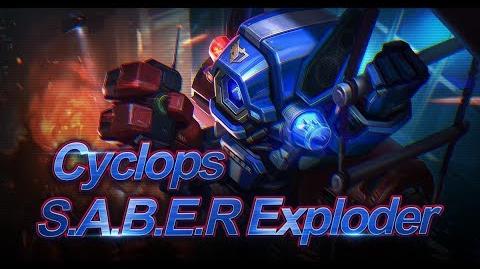 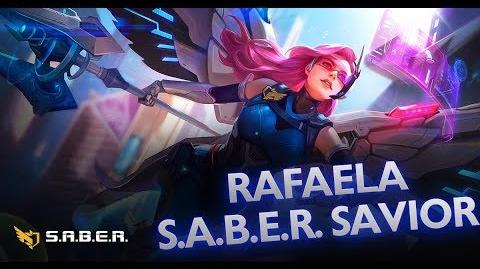