The Shadow Abyss is the hideous scar carved into the Land of Dawn. Innumerable demons lurk within it, plotting to devour the light and plunge the world into darkness. Sealed away at the bottom of this legendary Abyss, lives the most terrible demon in the Land of Dawn - the Abyss Dominator. But as the seal slowly fades, the will of the Abyss gradually grows stronger.

This Place still doesn't have much info on it.

Deep within the mountains, South of the Moniyan Empire lies a bottomless Abyss, where darkness reigns over everything. The only light is the crimson lava that flows in the bottomless crevices. Since the beginning of the abyss's reign on the mainland, countless demons became loyal followers of the Abyss. Fervent in their beliefs, the demon chant the will of the Abyss in these deep caverns — Only the strong deserve to rule! .Engraved into this barren landscape as if an ancient demon used the sharpest of blades to carve a disfiguring scar into the Land of Dawn. People call this the Shadow Abyss. 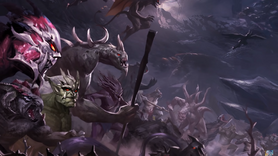 The demons at the bottom of the Abyss tirelessly devise plots to strengthen the power of the darkness, persuading misguided believers (dark elves) to provide them with sacrifices for their evil cause. They use these sacrifices to feed the 'Abyss Devil', a monster formed of the purest dark energy that waits in the darkness to devour its prey. Selena, a young Dark Elf, was sacrificed to the Shadow Abyss too, by the fanatics in exchange for dark energy. As Elves were the Abyss Devil's favorite meal, Selena was offered immediately by the demons. The Abyss Devil maniacally drilled into Selena, spreading severe pain and desperation through every cell within the young Elf's body. Just as she was about to be consumed by the dark energy, a miracle occurred - a warm blue light enveloped the girl, and the dark Abyssal Energy and the Mystical Power began waging a savage battle inside her fragile, young body. Selena awoke to find herself lying in the depth of the Abyss, her skin now a mysterious blue tone and her lavender eyes filled with a scarlet glow, with the Abyss Devil lying quietly at her side. The Demons of the Abyss were busy wondering what had just happened. Little did they know, the will of the Abyss had arrived. This girl is loved deeply, and this love has protected her from being consumed by darkness. The Abyss and the moon god - these two opposing forces have reached a balance within her body. An ancient, heavy voice echoed through the minds of the demons, "Leave this girls to me. She will become the strongest warrior of the Shadow Abyss!" The demons obeyed the Abyss' command and left her there. When Selena reappeared before the demonic inhabitants of the Abyss, with the Abyss Devil at her side, she had completely forgotten her past. She found that she could skillfully manipulate the Abyss to release dark magic, a demon capable of tearing her enemies to shreds.

The will of the Shadow Abyss appointed her as its voice, making it her duty to rule over the demonic denizens. Even the proud Queen of Blood Magic began to feel unnerved upon seeing this young Dark Elf Girl, not only because the Abyss had chosen her, but also because Alice could sense the terrible power lying within this seemingly cute and mischievous youngster.

Guarding the Abyss for millenniums, a tribe of fire demons nearly became the rulers of the Abyss. Thamuz, the king of the fire demons, and his people made the Abyss into a formidable power. unabashed to use cruel methods in achieving his goals. Possessing ungodly natural strength, Thamuz was appointed chief of the Abyss, who led the Abyss to conquer all of the underworld.

Heroes of the Shadow Abyss 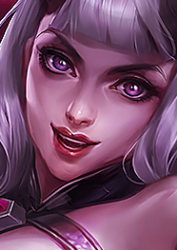 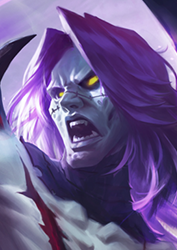 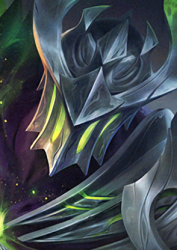 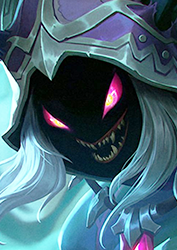 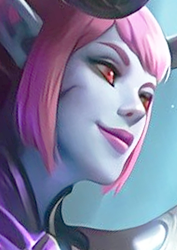 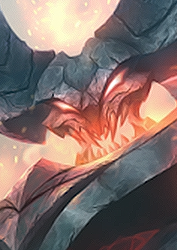 Retrieved from "https://mobile-legends.fandom.com/wiki/Shadow_Abyss?oldid=19533"
Community content is available under CC-BY-SA unless otherwise noted.