Survival is the first expansion of the Mobile Legends universe: Jade Path. In a quest to fight for the Twilight Orb. Currently, Survival will match 33 teams in a single game – 99 players and only the remaining team or the remaining player will win.

Survival currently works in teams of 3. You can choose to play solo and be matched with random players or team up with friends. Only certain heroes are available for every team to choose, as Survival only offers 15 selectable heroes (different each time you play) divided into three groups: Physical, Magical, and Defense. All Heroes fall into one of this three groups, however it is still possible to play some heroes (mainly from Defense group) differently from their category, depending on the equipment you pick during the match; if you don't own an hero that is shown in the selection phase then it will be unselectable and dimmed out. (As shown in the photo below.) You can’t overlap your teammate’s choice of hero. 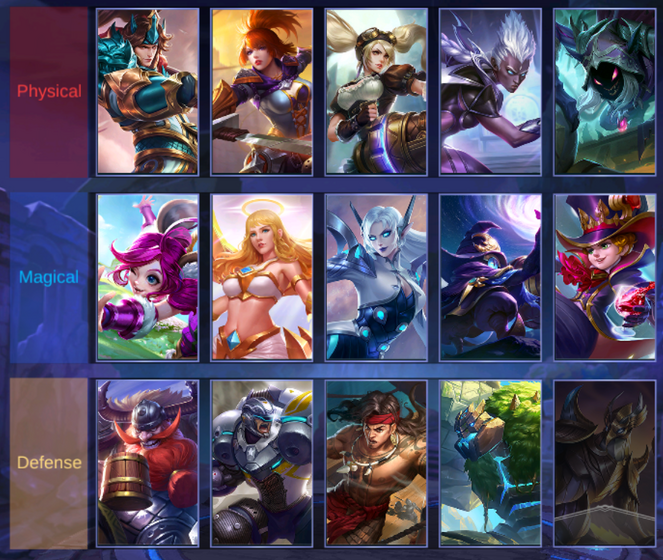 Mostly group of Marksmans, Assassins and Fighters. It's job is just to inflict damage and knocking down enemy heroes within sight.

Mostly group of Supports, Mages, and Assassin/Mage Hybrids. It's job is to just Poke and Damage enemy heroes within sight for those who was Damage Abilities, while those who has supportive and healing abilities just support.

Mostly group of Tanks, Fighters, and Support/Tank Hybrids, with the only exception being Lapu-Lapu, an Assassin. Their job is to absorb damage and CC enemy heroes within sight while other teammates go in for the kill. 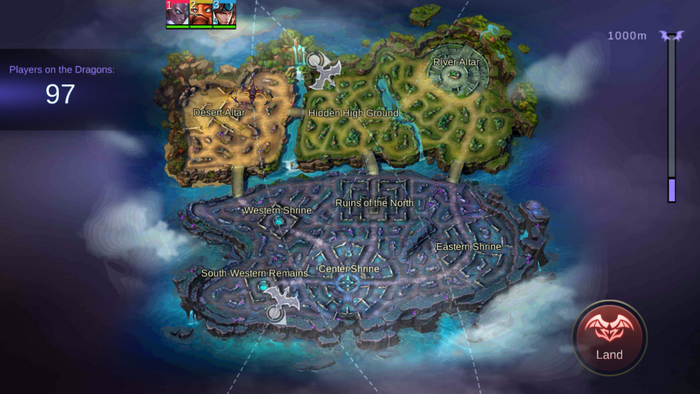 In order to get items in this Game Mode you need to kill Jungle Monsters. Each Monsters will usually drop an assigned type of items, for one of the three groups of heroes, but it also as a smaller chance to drop items for another type. (Unlike jungle monsters from other game modes, that have official names, as of now these Jungle Monsters are simply named Guardian.) 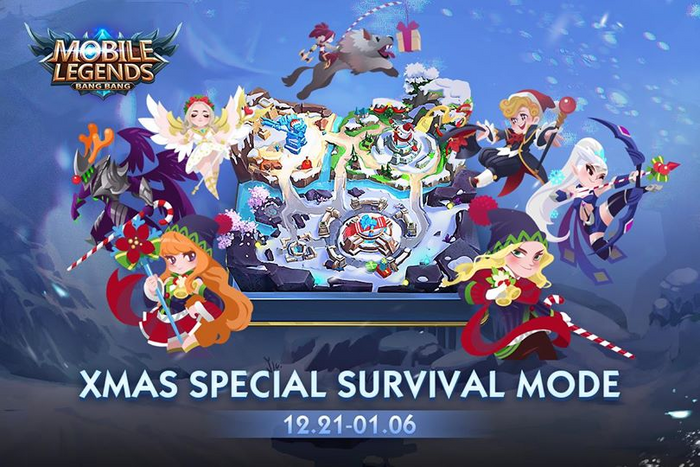 A special variant of Survival during the Winter Gala Event 2018. The Xmas Special Survival Mode contains exclusive and new features such as Random Events, Jungle Monsters, Abilities and Rewards in addition to the normal features of Survival Mode.

There are a total of 6 events that can possibly occur during the Survival match. A random event will occur randomly during the match.

Players can use the Christmas Bells they collected during the Survival match to obtain rewards.